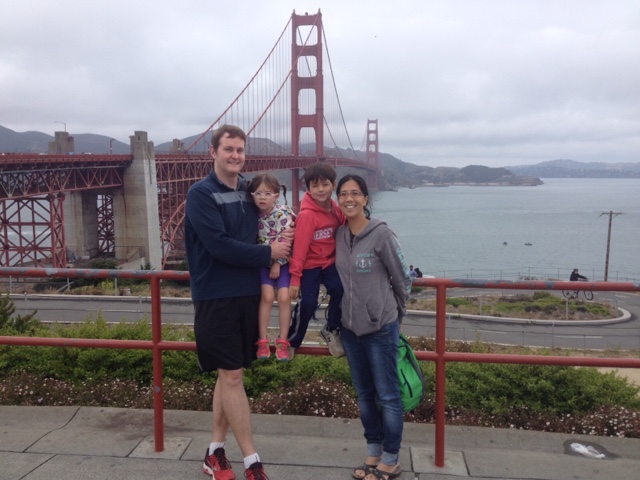 Just wrapped a fun trip to CA and exploring San Francisco. We stayed at Le Meridien which had a great view and was just a few blocks from the Ferry Building. The kids liked hanging out at the playground there.

We took a trip to visit Muir Woods which was really impressive. The park ranger said that the redwoods are able to extract water from the fog and dew that lands at the bottom.

We got tacos at La Taqueria in the Mission and dim sum in Chinatown. We even drove to Ocean Beach. The kids loved it, even though Uncle Mark warned us later about the sharks.

We also visited with family in Palo Alto and enjoyed homemade dumplings and ice cream. I got to meet up with a college pal and Phil saw his high school buddy Ben with his daughter.

The highlight of the trip was meeting Baby Andrew and the kids loved getting to see him and rub his head. It was a perfect day for an anniversary reception and the kids did a zillion poses in the photo booth. We think Andrew looks a lot like Owen when he was a similar age. (See any resemblance, here, Erin?)

The kids were real troopers traveling, with Owen often lugging around the car seat bag or booster seat on his head. Zoe is still adjusting to the time change -- we think she has always wanted an excuse to stay up till midnight. 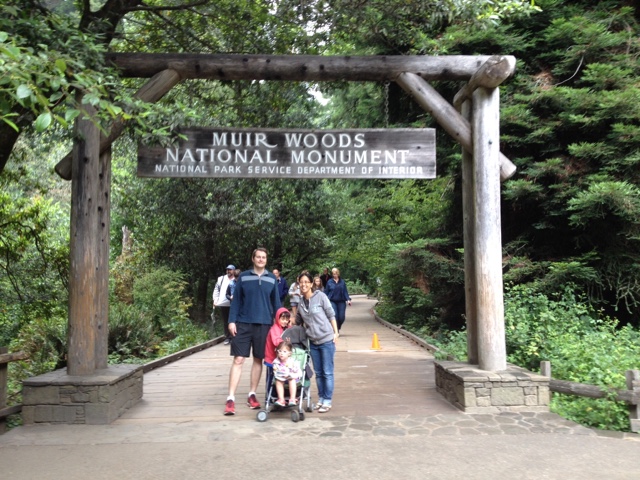 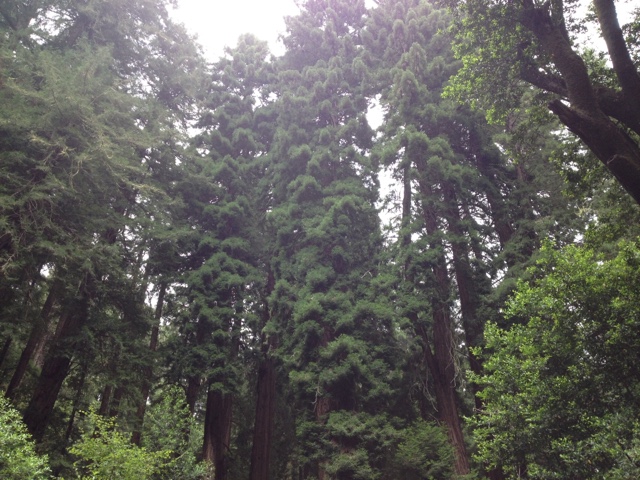 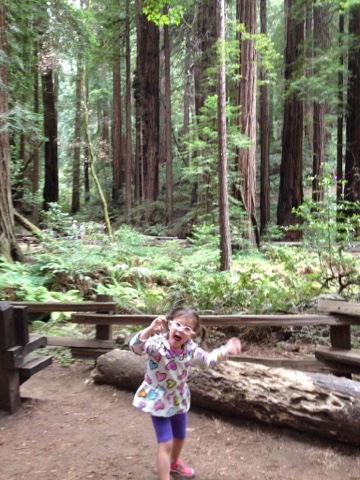 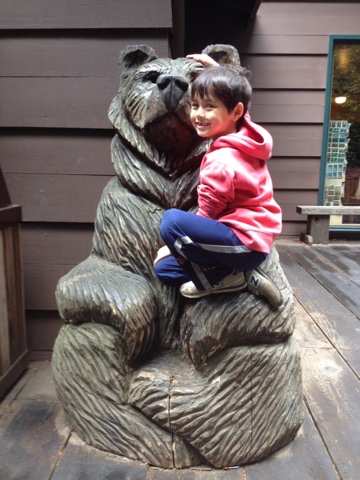 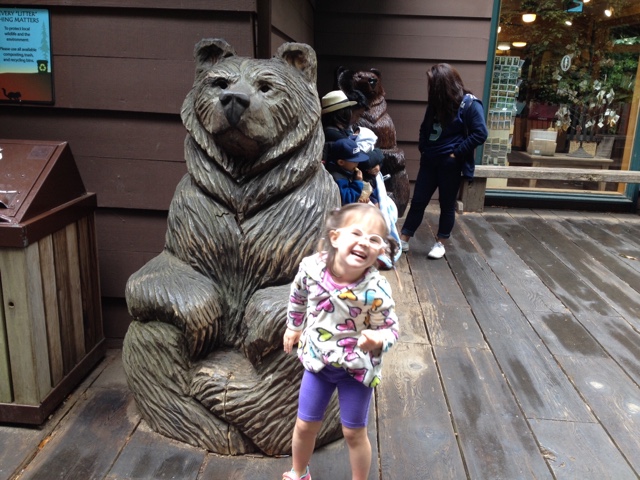 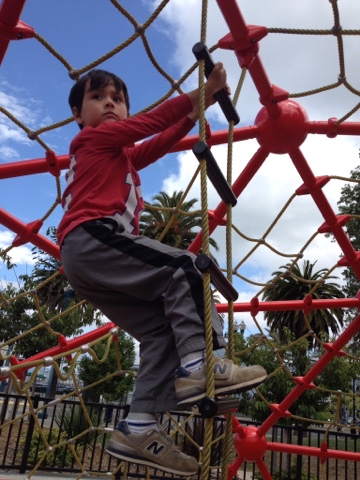 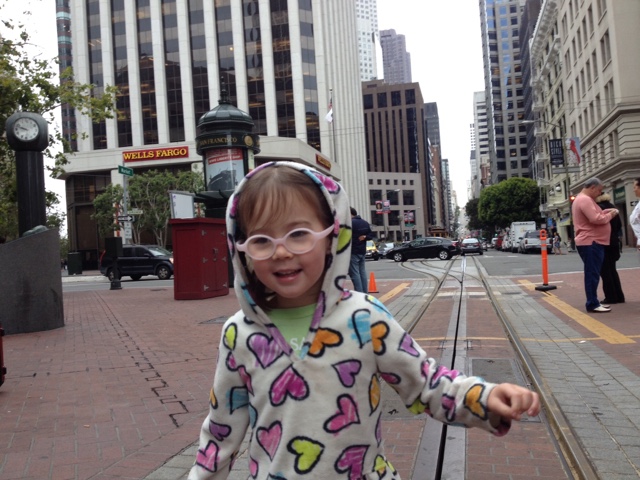 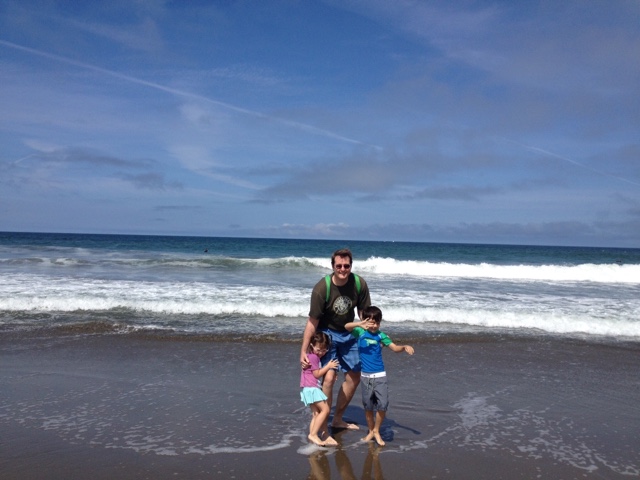 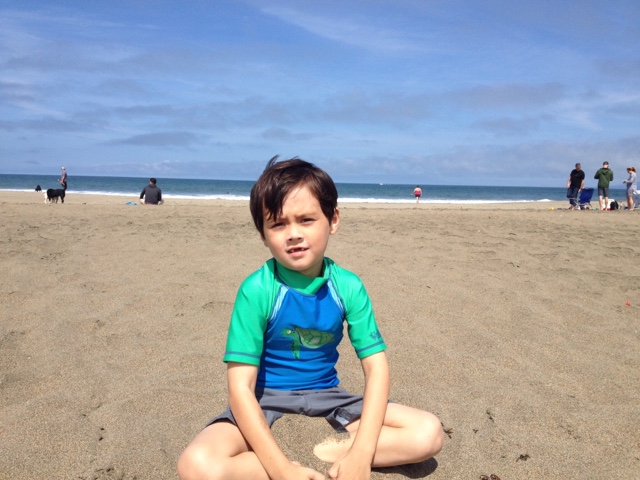 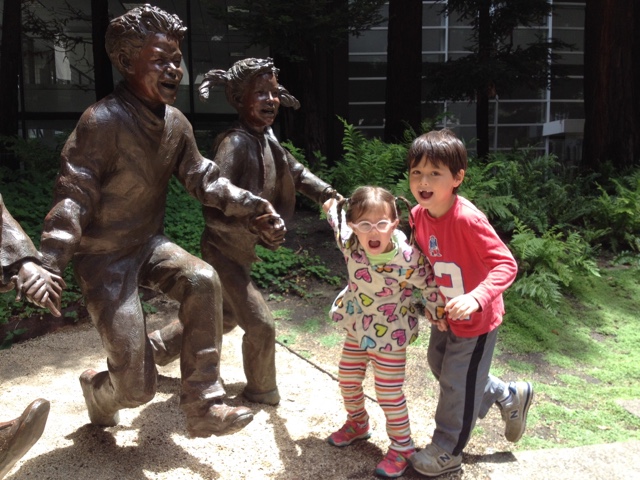 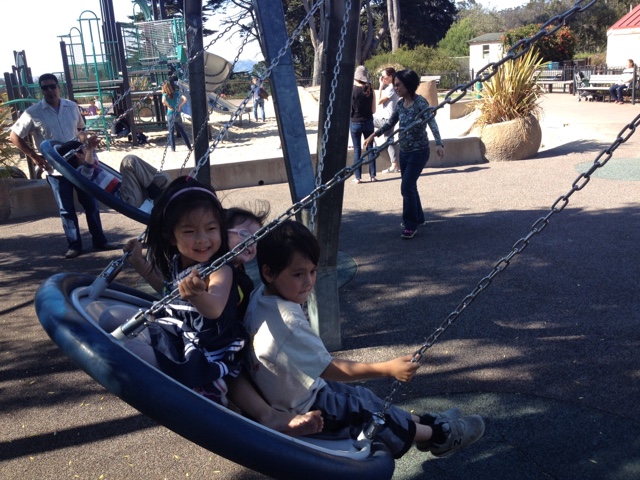 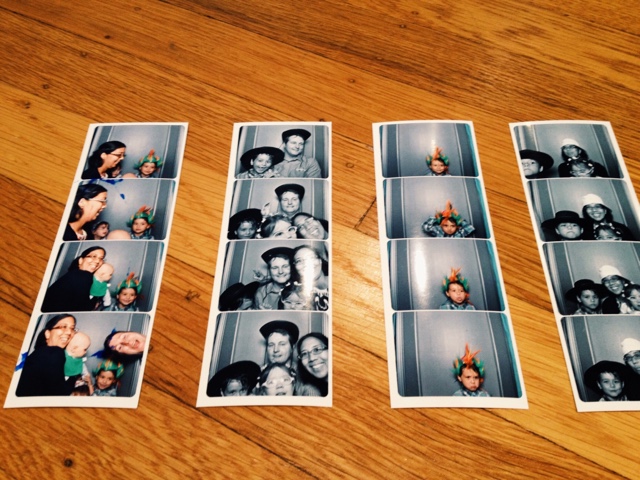 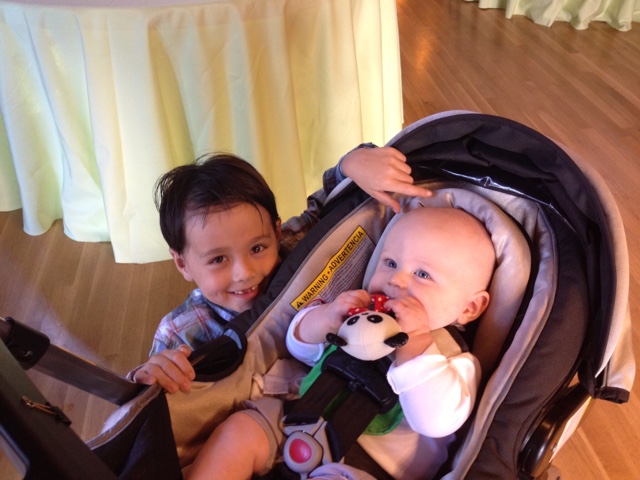 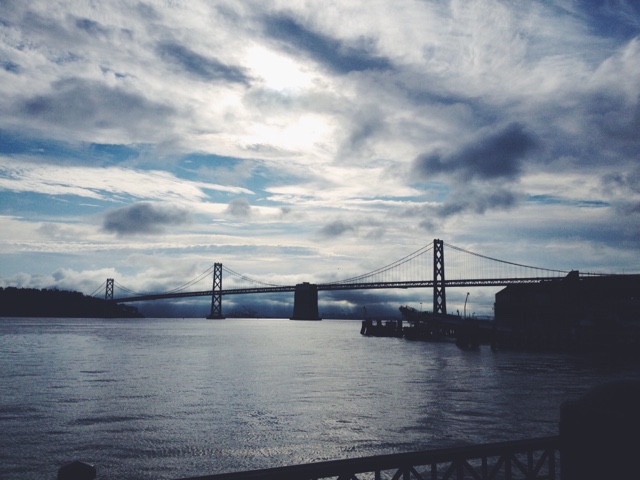 P.S. This photo shows the reality of traveling with kids. 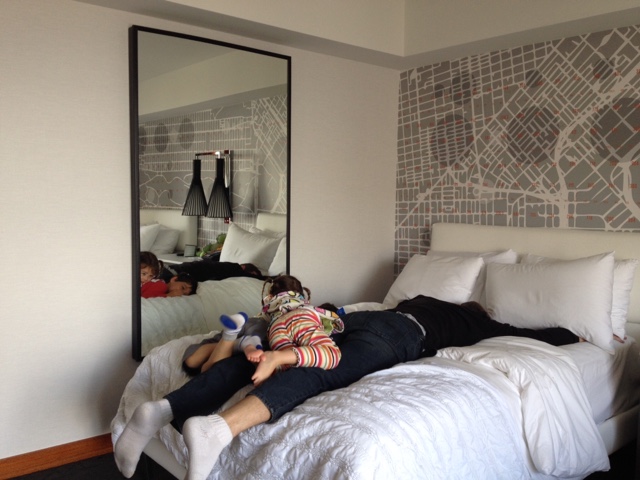