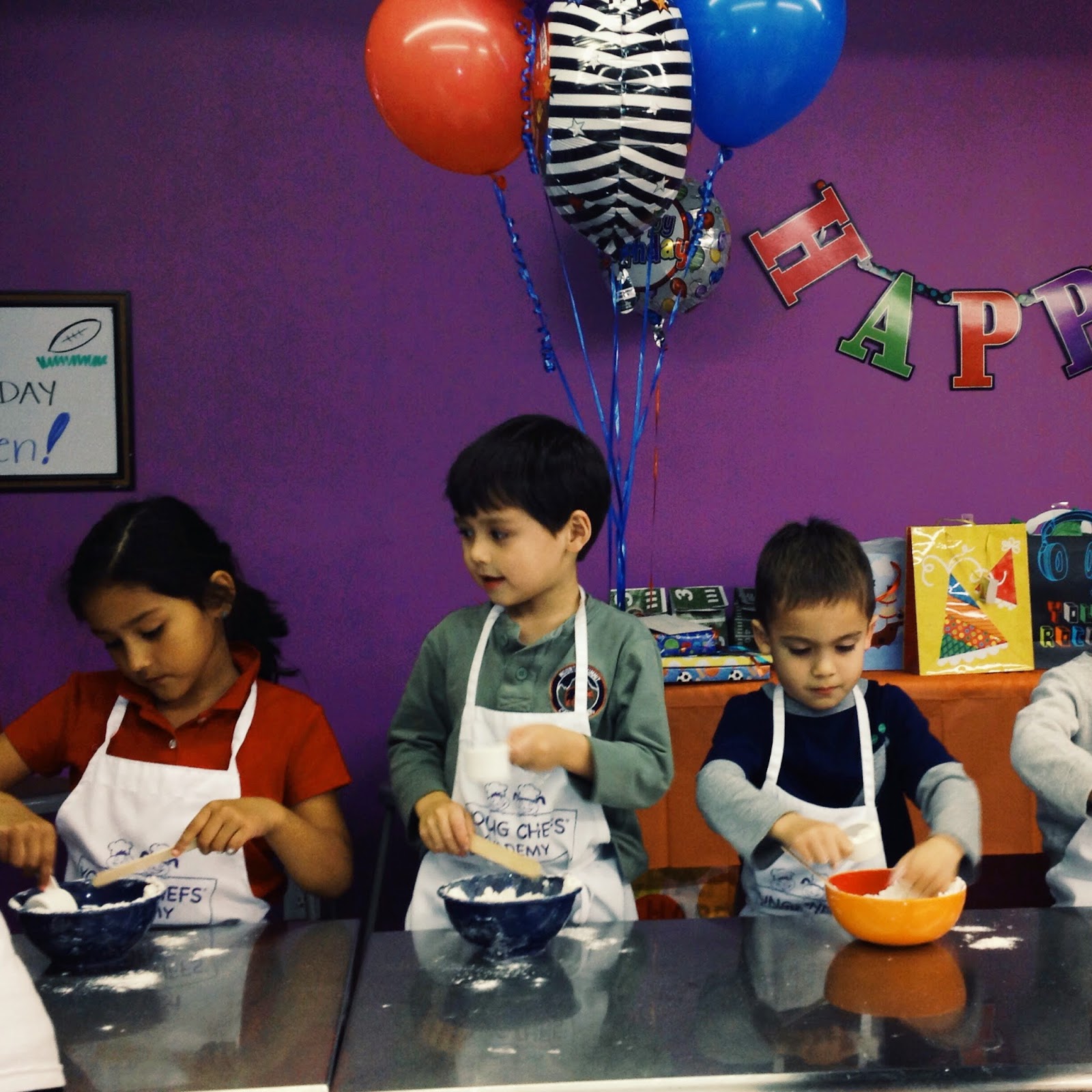 We celebrated Owen's sixth birthday today. He wanted to have his party at the Young Chefs Academy. The kids made pizza and decorated cupcakes and sang happy birthday, of course! 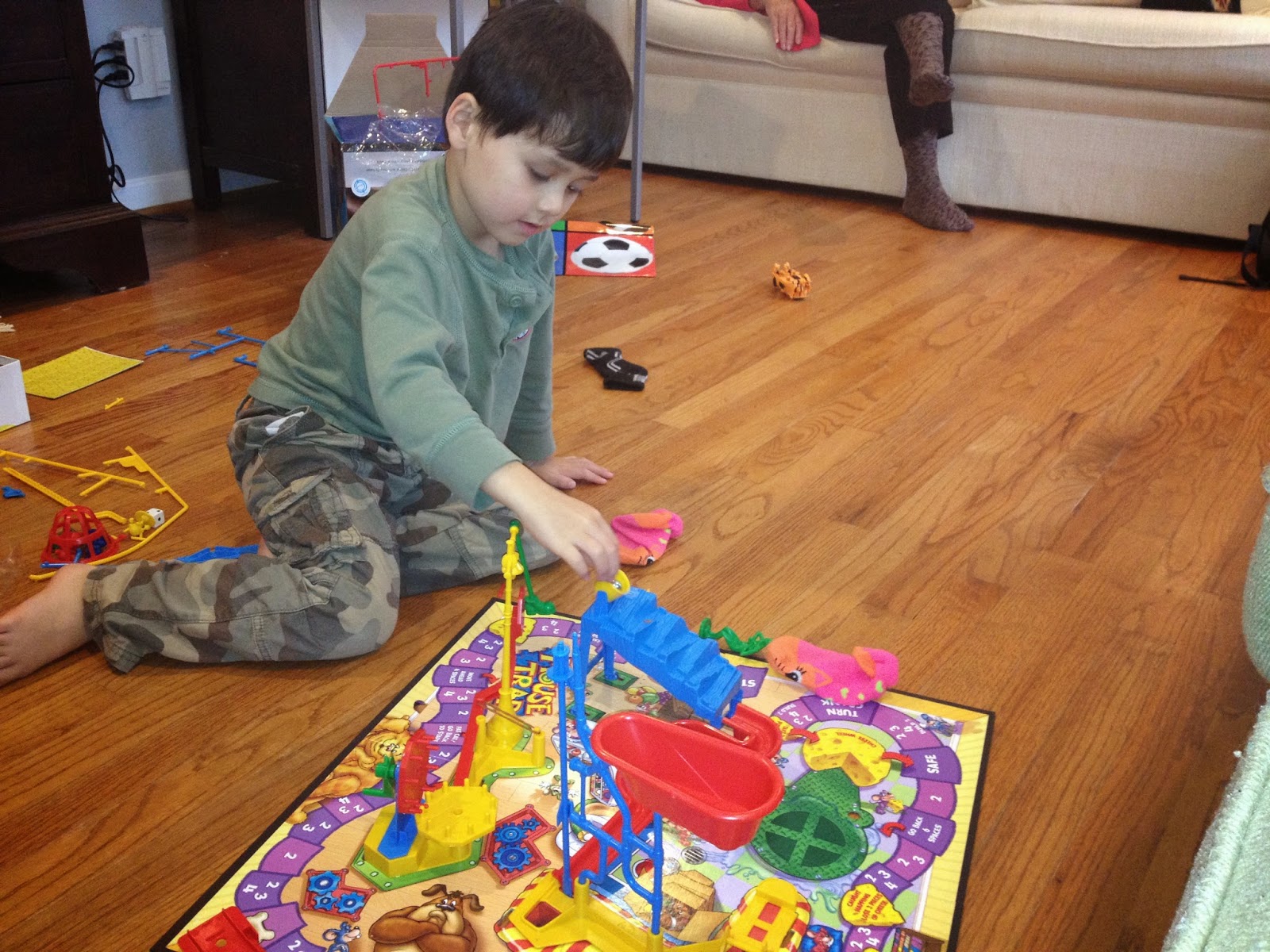 He asked for the Mousetrap game which he had seen the kids set up at camp before. His grandparents made a surprise visit on their way back to Florida.

Zoe was happy to be included in the mix. She had a little help but loves to be with the big kids. When we go to the family dinners for Owen's class, she will sit at the kids table.

Owen and his buddies are very interested in football. They play some version of touch football on the playground and talk about their favorite teams. None of his friends are Patriots fans, much to his dad's dismay.