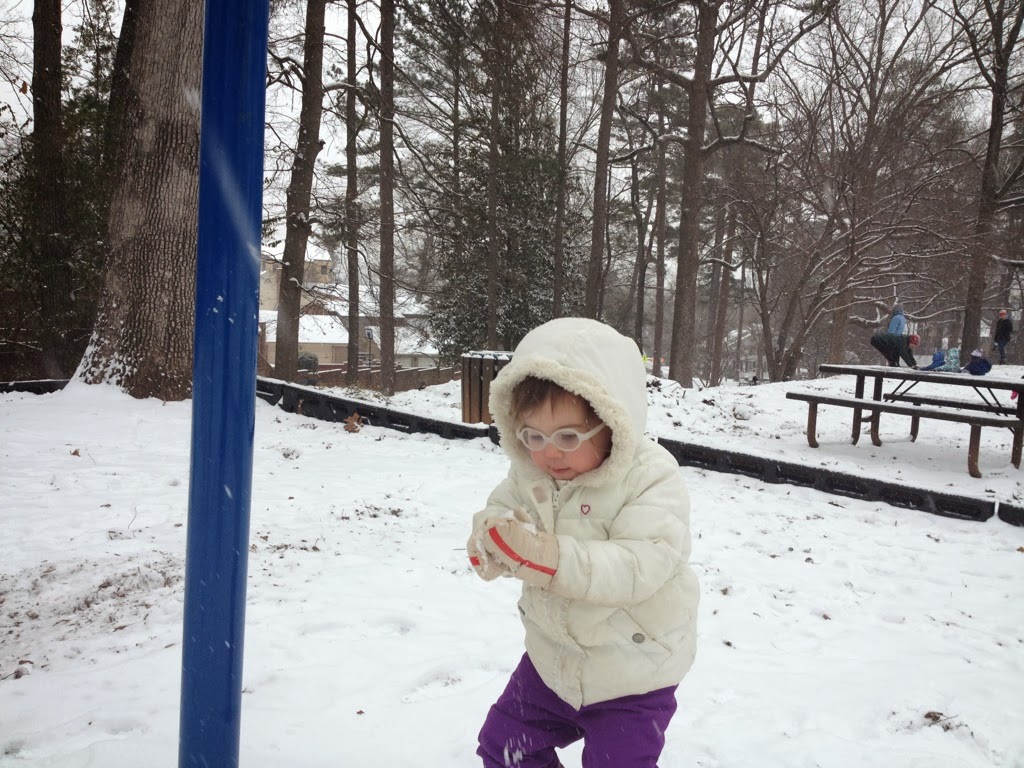 Usually, I don't pay much attention to snow storm warnings in Atlanta, because usually it doesn't actually snow. But today turned out to be a few inches of snow accumulation which wrecked havoc on the city and the roads. The governor declared a state of emergency. 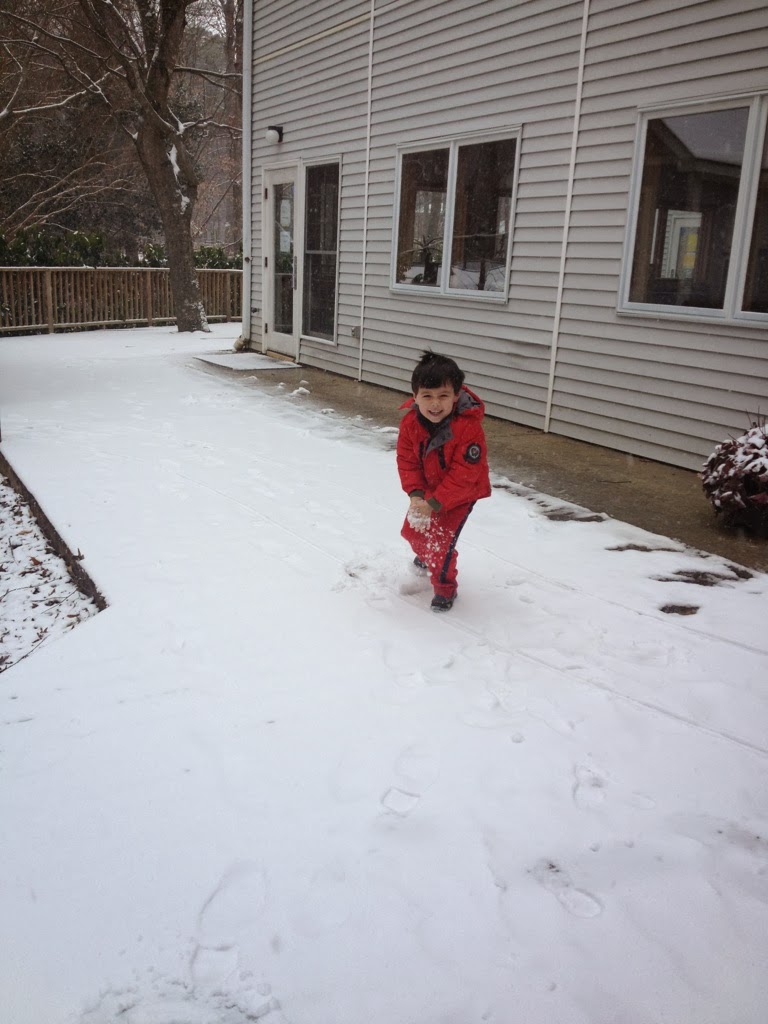 Schools were closed early but roads were gridlocked. Friends are still posting about being stuck on the road for 8+ hours on commutes that typically take 15-20 minutes. People are abandoning their cars and walking or trying to find shelter, though hotels are completely full.

Luckily, we got the kids home early and got to enjoy the snow at Adair Park. This was Zoe's first real snowfall and she seemed confused at first. She was saying, 'Rain!'

She did throw the snow up in the air and went flying down the slide at the playground.


Owen couldn't wait to make snowballs, go sledding and drink hot chocolate. Turns out the garbage can top didn't work so well this time around, but he was able to borrow a sled for a turn.