Fun at the Fun Run 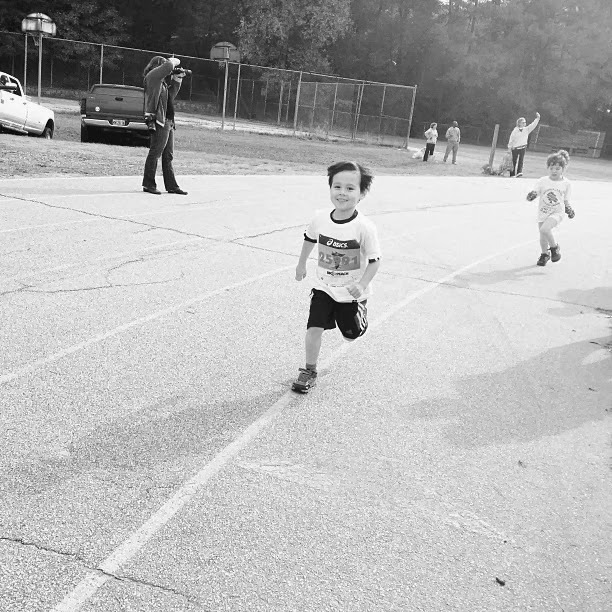 Owen had a lot of fun at the annual fun run at his school this past weekend.

The race was a lot longer than we were expecting (400 meters) but Owen was unfazed and cruised around the track with a big smile on his face.

After the race, he attributed his speed to the fact that he was wearing shorts – a lot of the other kids had pants on as it was a little chilly!

Zoe didn’t know what was going on at first but she soon figured it out and was trying to join the 13-year-old race by the end of the day.

Phil also did the wacky run holding Zoe in one arm and doing jumping jacks with the other.