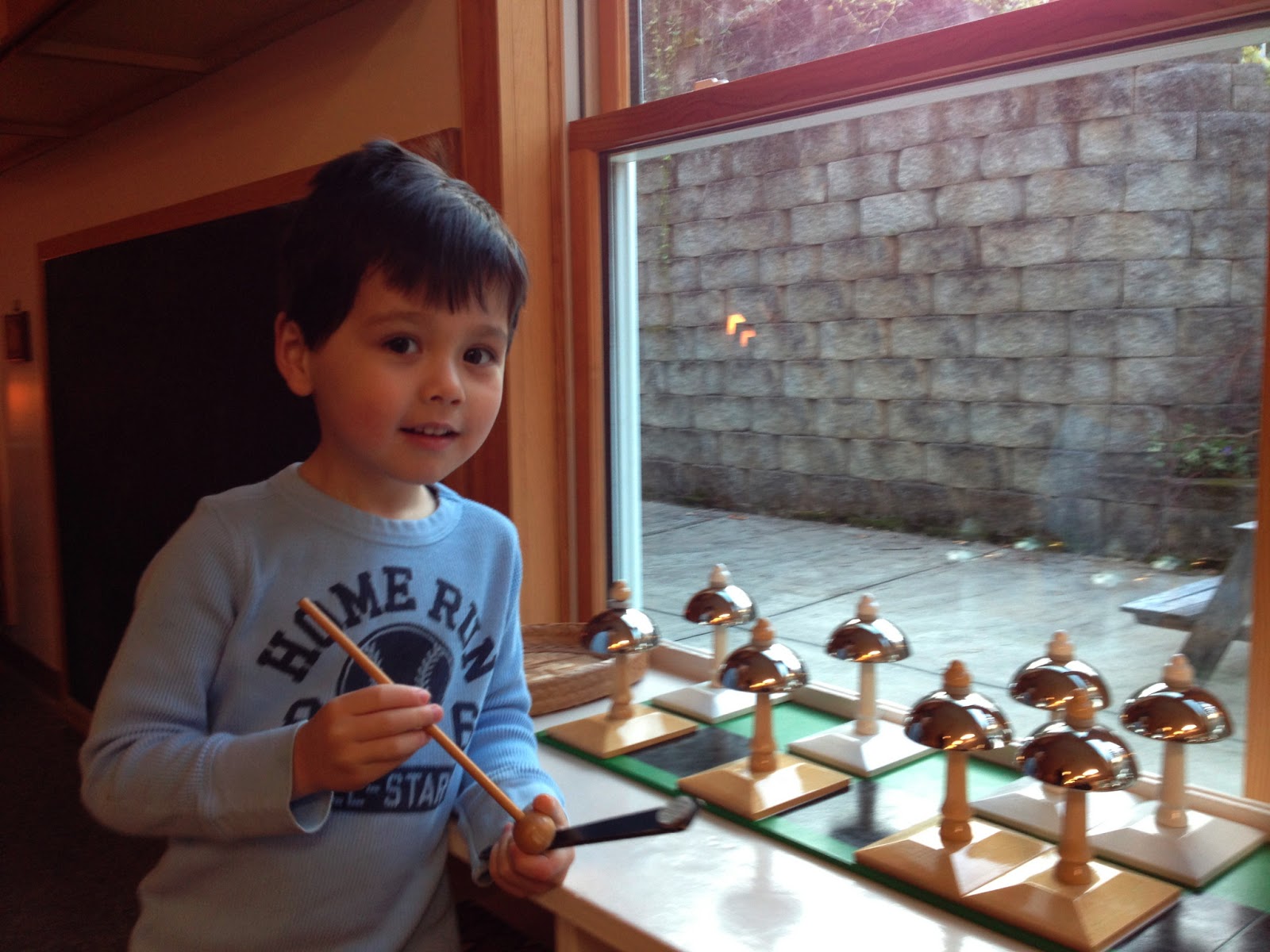 Owen has learned a lot at his Montessori school. He gets lessons using the materials and then he is able to pick which materials he wants to work with. Parents aren't usually allowed into the classroom, but we got to take a peek on a recent parents' visiting morning. He showed us the bells, metal objects, sorting and the cube. 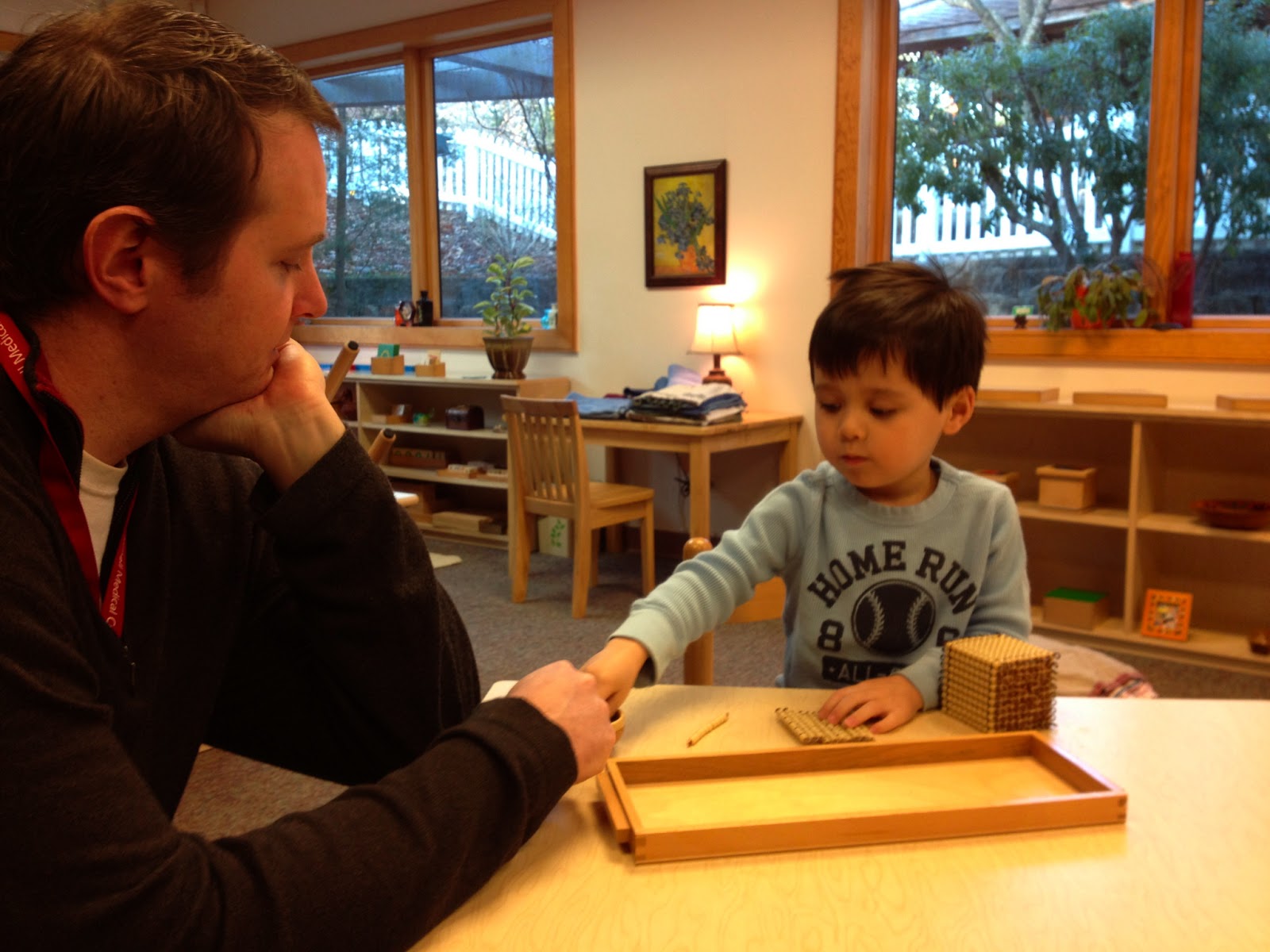 Here he is writing his name in cursive: 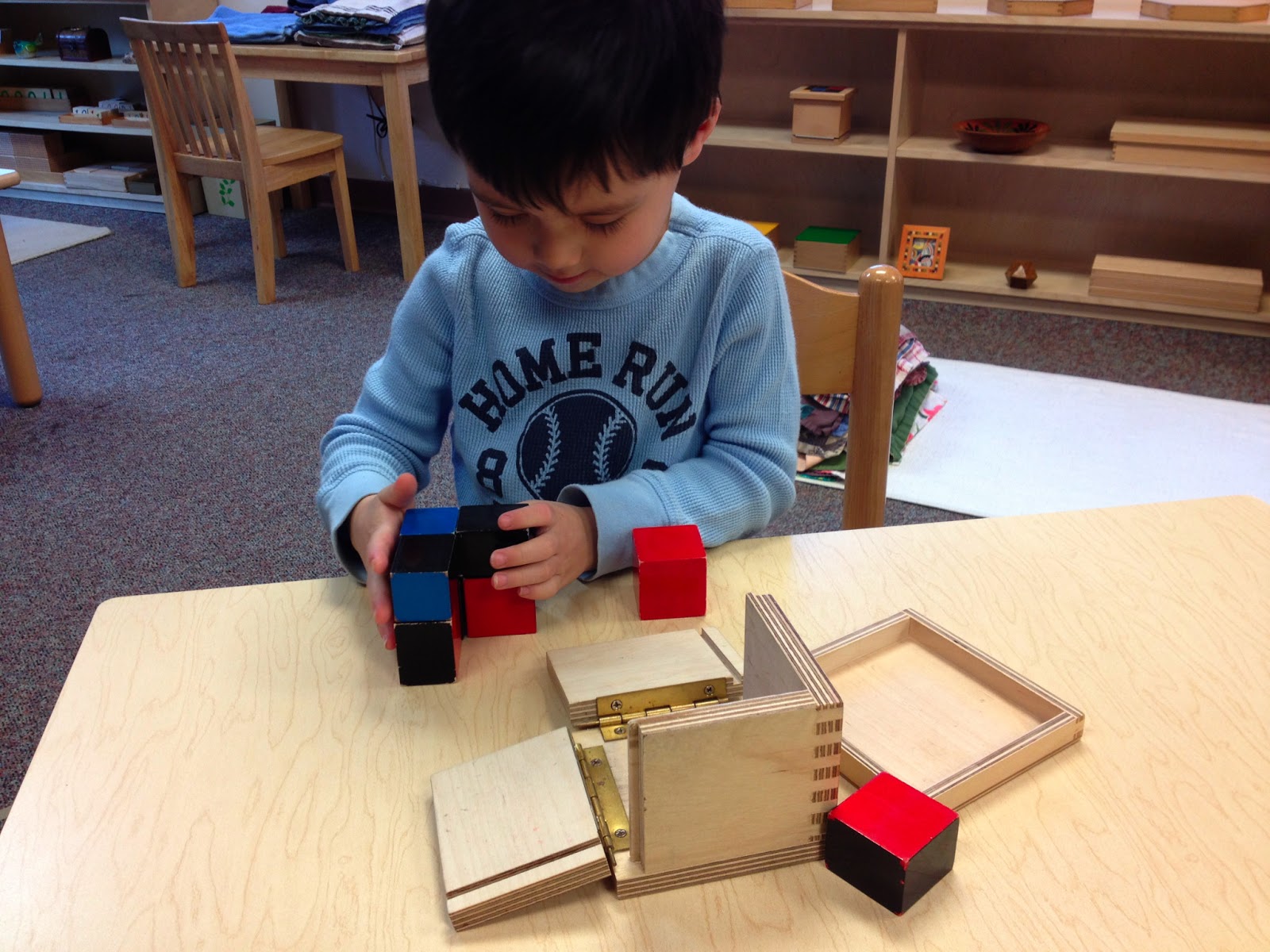 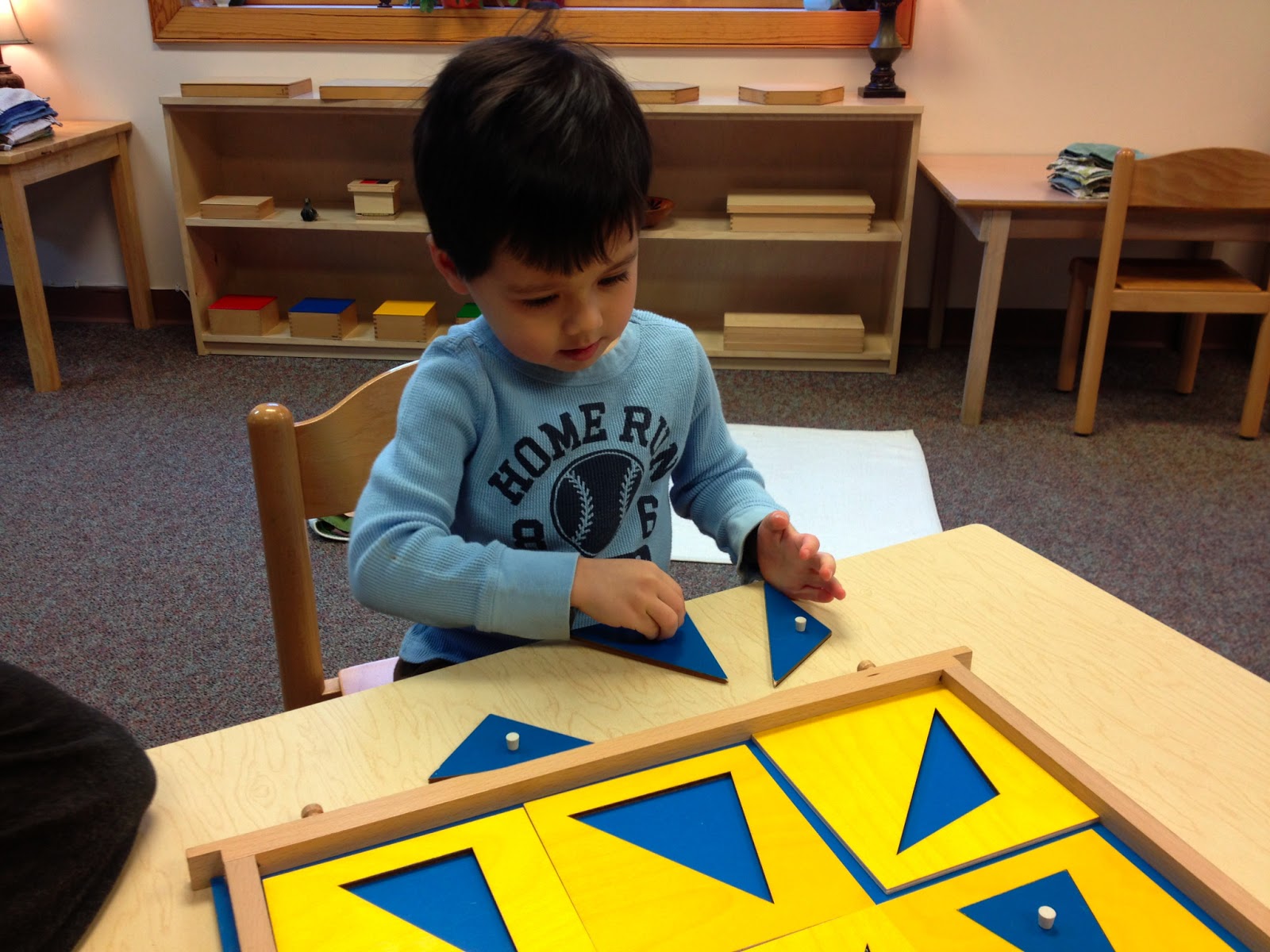 Owen started taking karate at the martial arts center and is a white belt working towards his yellow belt. He has learned to count to ten in Japanese. He says he is going to do karate until he's in his 20 because that's what one of his friend's dad did. 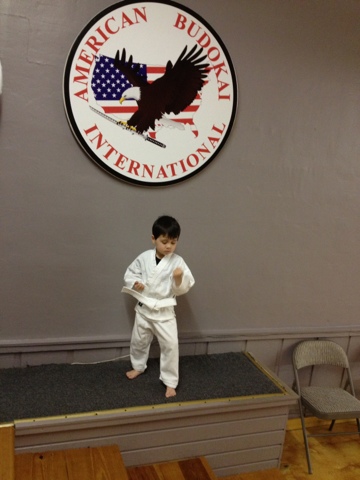