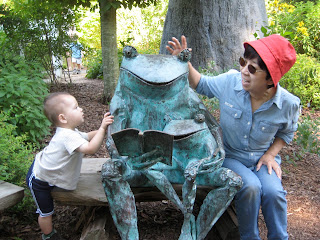 For the Fourth of July, Wai Po came to visit and we went to the botanical garden. Later we went up to the square and watched the parade. We enjoyed a picnic with the orchestra and bumped into Owen's friend TF from school. They gave each other a nice hug (see pix below). 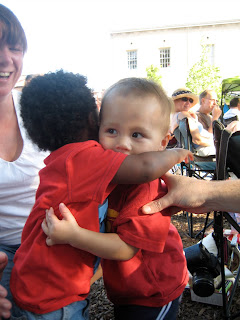 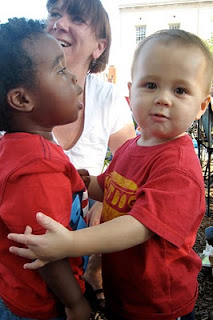 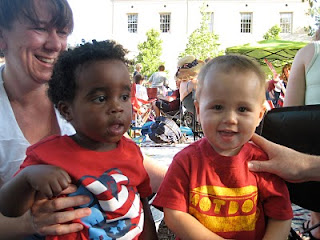 One of Owen's favorite activities is pushing his stroller around himself. When we're walking around the neighborhood, this looks like a "phantom" stroller because he can't see over or around it. But he insists on doing it himself. If I adjust or redirect the stroller, he gets agitated, saying "no" and pushing my hands away.

In fact, he's in a "no" stage that we're hoping will pass quickly. In the morning, when he wakes up, the first thing we will hear is a series of "no, No, no, NO!" through the monitor. It's like he's practicing the best way to say no so that his parents will really understand.
Posted by The Muze at 7/11/2010 02:54:00 PM