Happy Year of the Rat! 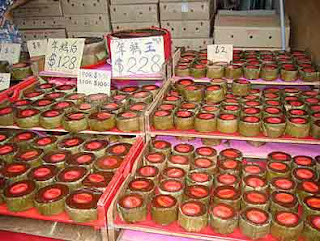 Gong xi fa chai, hong bao na lai! That translates roughly into: Happy new year, now give me the red envelope! That's the greeting children use for the new year and in return their parents give them a red envelope with coins or money inside. Literally, the first part means "wishing you enlarge your wealth." Thus, prosperity for all in the Year of the Rat!

Traditionally, you have nian gao, or sticky sweet cakes for the new year. My dad explained today that the custom is that nian gao are offered to the kitchen god, who goes up into the sky at the end of the year. He knows everything because secrets and gossip are discussed in the kitchen. The hope is that the nian gao will stick to his tongue and seal his mouth. 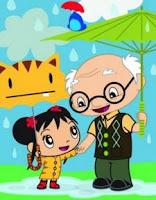 There's a new Nick Jr. show for pre-schoolers to learn Chinese called Ni Hao, Kai Lan which launched today. My aunt was a consultant on this show and showed me a preview of the character last summer. She is really cute and could be the next Dora! Read a review of the show from the Boston Globe.
Posted by The Muze at 2/07/2008 05:13:00 PM