From Atlanta to Tokyo 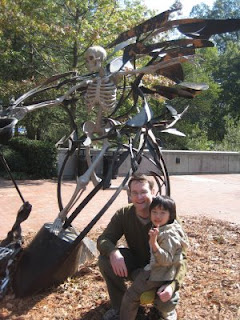 Our friends Toshi and Rinko came to visit with their adorable five-year-old son Ren. They had just spent the past four years living in Boston and before moving back to Tokyo, they decided to travel around the US for a few months going out west and through the southeast. We're glad they decided to pass through Atlanta, though the only thing they wanted to see was the Coke museum. 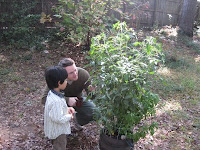 Ren is super cute and quite talkative in both English and Japanese. He took a shine to Phil and you would hear him talking about "Phillipu" in Japanese. He made the funniest face when he bit into a stale Wheat Thin. "It's broken," he moaned. He liked the taste of the basil Phil has been growing along with some tomatoes. We hope that we'll get the chance to visit them sometime in Tokyo and maybe try some of that famous fugu, or blowfish.
Posted by The Muze at 10/31/2008 06:13:00 PM